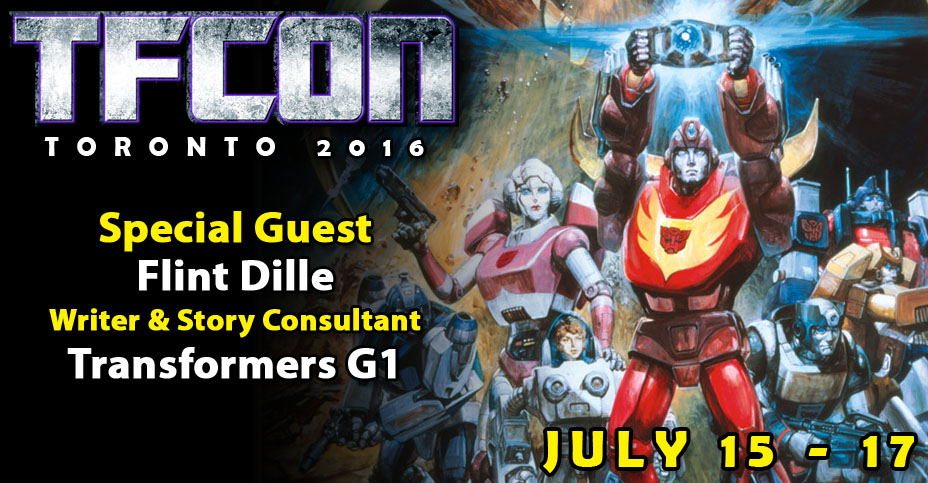 We are very pleased to announce Flint Dille as a guest at TFcon Toronto 2016. Flint is a writer and story editor who wrote episodes for numerous Sunbow Productions in the 1980s, including G.I. Joe, Inhumanoids, Visionaries, and The Transformers. As a story editor on the original Transformers cartoon, he was responsible for approving and supervising the writing of scripts, as well as maintaining continuity, and developing the origin of the Transformers.  He is also the co-writer of IDW’s The Transformers: Autocracy and its two follow-up series, Monstrosity and Primacy.